Drinking coffee has been a favorite past time for many and quite possibly you may have need drinking coffee Arabica without eve knowing it. After all, this coffee is one of the two most popular varieties, the other being Robusta. Coffee drinkers don’t may not know that there are differences between the two. Choices and preferences can differ from one person to the next, and for those who are serious about their coffee it can ultimately come down to taste.

So, what is the difference between the two? Knowing a bit more about the 2 may influence your next cup of coffee. So let’s take a look at the different types. 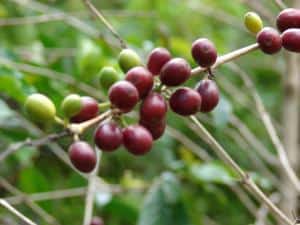 Is coffee arabica your coffee of choice?

Arabica and Robusta differ in taste, growing conditions, price and other factors. These are both popular varieties that are commercially grown and are in great demand the world over. Coffee Arabica has a sweeter, softer taste, higher acidity and winey flavor that gives it excellent appeal to coffee drinkers. Robusta on the other hand, has a harsher and stronger taste with grain-like overtones often leaving a peanutty aftertaste. If you are conscious of caffeine intake, be aware that Robusta contain twice as much than the Arabica coffee beans. Generally, the Arabica coffee bean is considered more superior in quality compared to Robusta. That is why when you compare the price, the former usually costs more. It is far more popular worldwide than Robusta to the extent that 70% of the production of coffee is of the Arabica variety. This scenario is despite the fact that it is more difficult to grow and less productive than the other variety. Coffee Arabica is more suited to highlands while Robusta prefers the lowland. Some even say that the former is more susceptible to pest and diseases and is harder to propagate.

There are different types of Arabica coffee beans available in the market and can differ from one another significantly. In general, they taste milder and well balanced but can range from sweet and soft to sharp with tangy flavor. They smell almost like blueberries before they are roasted. Once roasted, they can smell fruity, sweet and fragrant. Robusta tastes from neutral to harsh and some describe it to be similar to that of burning tires. Before roasting they can smell like raw peanuts.

The Arabica coffee bean is a specie originally indigenous to the mountains of Ethiopia and was known as the “coffee shrub of Arabia,” “mountain coffee,” or “Arabica coffee”. It has been known to be the first specie to be cultivated and figured to be better tasting than the major commercially grown coffee species; the reason being they have less caffeine compared to Robusta. Caffeine itself has bitter taste. This is the reason why when it comes to taste, Robusta is more bitter and less palatable to taste than coffee Arabica.

Some may argue that it really depends on how the brew is made that makes the difference in our coffee experience. My take on this is different. There are things that are not created equal in nature and coffee Arabica definitely is a cut above the rest.

Do you take notice of the type of coffee bean used to create your perfect cup? Is it Arabica, the best bean available, or is it a blend? Which bean do you prefer?