Coffee can work wonders for your health! That’s right; Ganoderma Coffee contains ingredients that provide both active and passive protection to your body against diseases. Ganoderma, commonly known as Reishi, is a type of mushroom that is widely renowned for its amazing health benefits. 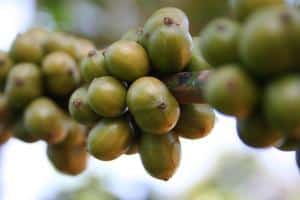 Boost Your Health With Ganoderma Coffee

It has been used widely in Chinese Medicine for ages to combat a wide variety of ailments. By mixing the extract with coffee, you get a beverage that not only tastes great but is also beneficial to your health.

Worried about caffeine? Well, you shouldn’t be. A standard cup of coffee has up to 200 milligrams of caffeine, while Ganoderma Coffee has just 9 milligrams; this translates to just 5% of standard caffeine content.

So you receive all of the benefits of coffee with none of the drawbacks.

The Polysaccharides and Germanium are the active ingredients responsible for fighting cancer. They do this through reducing the side-effects during chemotherapy and radiation, preventing the spread of cancer cells in the body, improving the immune system and preventing the occurrence of cancer cells in the first place. Patients with liver cancer can find it particularly useful as it enhances liver detoxification which leads to the regeneration of cells. In those who are terminally ill, it can increase the quality of life by minimizing pain.

It has been shown to be effective against blood sugar related ailments such as Diabetes. The polysaccharides present in it have a blood sugar lowering effect. This is done through the raising of plasma insulin levels which in turn leads to lower blood sugar. It also increases metabolism of glucose in the liver and its utilization in cells which also serves to lower blood sugar levels.

It is effective in the treatment and prevention of heart diseases. Numerous cardiovascular ailments are caused due to the deficiency of oxygen in the heart muscle. Ganoderma increases coronary vessel blood flow through dilation which leads to greater reception of oxygen in the cardiac muscle. It also prevents the formation of cholesterol in the blood vessels which leads to smoother flow.

Degenerative diseases such as Alzheimer’s, Parkinson’s and Dementia affect a considerable percentage of the population, particularly those in the later stages of life. They pose a major strain to the affected individuals and those around them. Parkinson’s disease is caused by the degeneration of nerve cells which leads to coordination and movement problems. Ganoderma Coffee helps with this by preventing this degeneration. In Alzheimer’s it also reduces the rate of degeneration and leads to increased memory.

Premature aging is a concern for many people. Ganoderma coffee leaves you looking and feeling youthful as a result of its active ingredients. The polypeptides present lead to improved immunity and increased metabolism; this helps to delay aging in both the elderly and the young. It also has antioxidant properties which release free radicals in the body. These free radicals are responsible for cell damage which leads to premature aging. The polysaccharides also increase DNA synthesis in cells which leads to increased cell division which serves to delay the aging process.

Hypertension leads to a wide variety of ailments. It is therefore important to keep your blood pressure in check. One of the major causes of high blood pressure is the decrease in the elasticity of blood vessels. This is caused by cholesterol deposits. Triterpenoids present in the coffee prevent the production of excess cholesterol by the liver which leads to decreased deposits and reduced blood viscosity. This should come as a relief to the millions of people who suffer from this.

It has a soothing effect and helps to combat sleeping disorders such as insomnia. The increased blood flow enhances proper oxygenation which leads to reduced sleep disorders and fatigue. This greatly increases productivity and a feeling of well-being.

They say that prevention is better than cure. Drinking Ganoderma coffee can save you from future health problems and future expenses associated to poor health. If you’re currently suffering from the ailments listed above, then it can provide a cheap, effective and tasty way of managing them. So when someone asks you why you’re knocking-back all those cups of coffee, explain to them the amazing properties of Ganoderma coffee; now coffee no longer needs to be a guilty pleasure but a good step in the right direction.